Get to know the Discovery Map team: Susan Klein

Get to know the Discovery Map team: Susan Klein

Susan is the head of Finance and Administration.

"I was born and raised in Northern Vermont and really didn’t travel much at all. Why would I leave idyllic Vermont where all of my family still lived? We did visit my grandparents in Ottawa, Ontario and later Campobello Island in New Brunswick, and that was a big, big deal.

I stayed in Vermont, married and raised my two kids just an hour south of where I grew up, and worked in retail branch banking for several years. I later went on to be the Executive Director of our local tourism-centric Chamber of Commerce, where I traveled vicariously through the hundreds of visitors who I had the chance to meet. I used our local Discovery Map every single day to guide visitors and in time, I was only able to navigate it while viewing the map facing away from me."

She's definitely done some exploring outside the Green Mountain State, however. Below are Susan's 3 favorite places that she's visited over the years:

My husband and I went to London in late December 2019, so it was the last trip we took before the pandemic. We managed to do quite a bit while we were there, including traditional touristy things like Changing of the Guard, a boat ride on the Thames, and an afternoon church service at Westminster Abby. 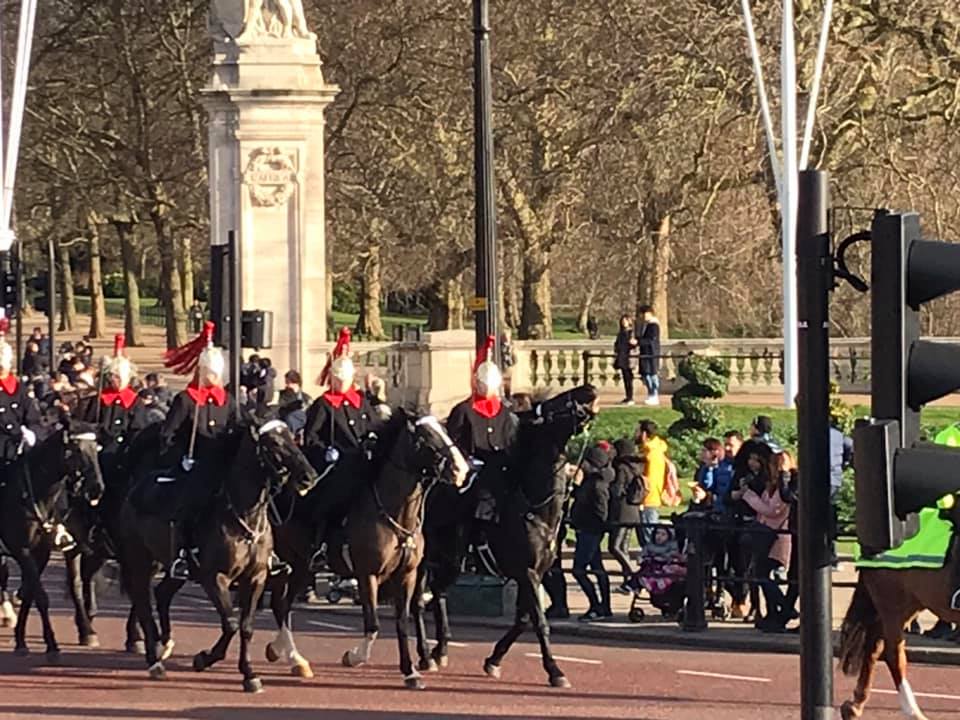 We were particularly intrigued with Churchill’s war rooms and underground bunker as we are both WWII buffs. We took a day trip to Bath and Stonehenge with a handful of others on a tour van. We also greatly enjoyed our guided walking tour of East End eateries. Bacon Butties, mushy peas or fish ‘n’ chips, anyone?

When I was the Chamber of Commerce director, I had the opportunity to go to China as part of a familiarization tour - and my husband came along. I had never done a group tour before, and we determined it is not the right sort of travel for our taste, but for visiting a place like China, it is probably the best idea. We went to Shanghai, Beijing, and Suzhou/Hangzhou. We had never been to any place like this in our lives and so every turn was a new experience. We took an evening barge ride on the Yangtze River - and it was a crystal clear night. We rode rickshaws to a residential neighborhood where the streets were too narrow for cars. Our group was divided between two homes where we sat on tiny stools and were given a lunch of local foods prepared in communal kitchens. Our host was a prize winning cricket fighter - something for which he was proud. After showing us the newspaper clippings of his great skill, he showed us the tools he used for training his crickets. 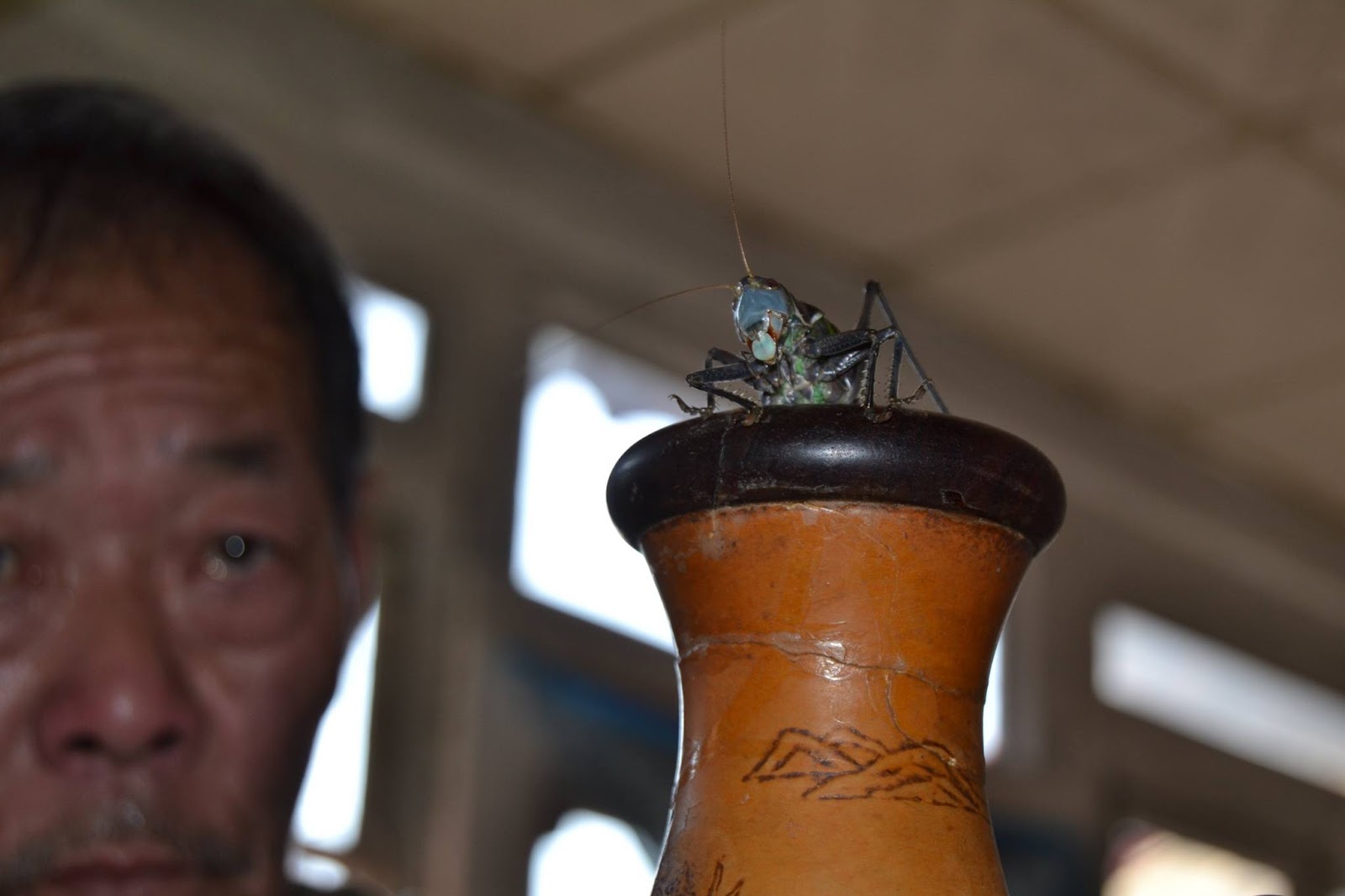 We walked on the Great Wall, another clear day. We toured temples, Tiananmen Square, a tea plantation, a jade and pearl facility - they kept us moving on a tight schedule. "This was an inn-to-inn hiking trip in the Bukk National Park in northwest Hungary, with each day logging between 8-13 miles. Thankfully, we only had to carry our lunch, water and rain gear - everything else magically moved from inn to inn. We were given a map with a marked route where we were to follow particular markers along the way, be they on trees, fences, or posts. Some were easily lost among the trees, but we managed to work our way along. It was a great experience featuring gracious hospitality, spectacular scenery - much like Vermont in many ways - and the ability to explore a bit more by bookending our hiking with multiple nights in Budapest. While there, we spent hours at the Budapest History Museum. We visited St. Stephen’s Basilica, where I was able to take this neat photo of the ceiling. We walked everywhere, finding the city very walkable and pedestrian friendly. 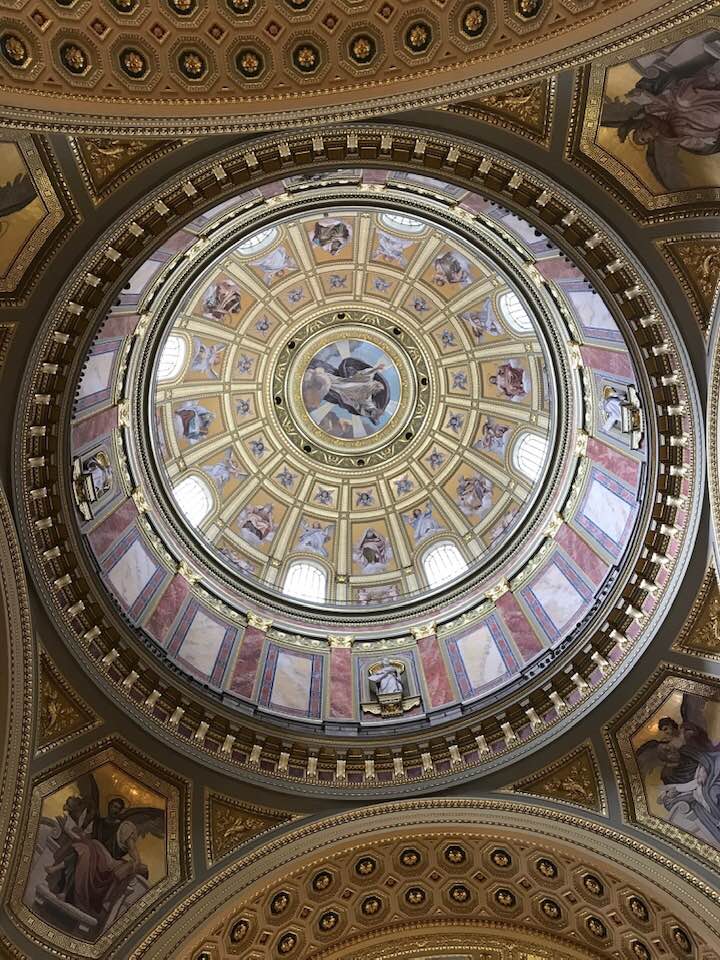 Other places I have traveled include Costa Rica, Paris, Mexico and Okinawa, Japan. I frequently travel to new Discovery Map destinations, acting as a driver for our map production person assigned to the trip. I have been to Texas for each of our mapping trips there and am amazed at how different each city is (Galveston, Waco, Spring-Woodlands, El Paso).

But I think my favorite type of travel is driving the roads of America with our Airstream in tow. We don’t have to worry about where to stay or where to eat - we carry it right behind us. Some of my favorite trips were to the southwest with some rustic camping (glamping!) in New Mexico that was stunningly beautiful. Same with the U.P. of Michigan. We try to find places that are remote and uncrowded. No RV parks for us. One day, when I retire, that’s how I will spend several weeks per year."

"I'd love to go to The Outer Banks - Every year when I proofread that map, I always think about going there one day to see the ocean, open beach spaces and the wild horses."