Founded in Holly Hill, FL., Copper Bottom Craft Distillery brings the craft of distilling back to its roots. From rebel rum runners like Bill McCoy who called our city “home,” to historic Three Chimneys, the site of the oldest sugar plantation and rum distillery in North America. Our brand reflects the thriving operations that were here before us.

Located steps from the Halifax River, our small-batch distillery is named after an 18th century seafaring term used to describe someone who is thoroughly reliable, trustworthy and certain not to fail. Our family is committed to producing spirits that exemplify the Copper Bottom legacy.

What is Copper Bottom?  Copper sheathing was first used by the British Royal Navy in the early 1760’s to clad the bottom of their ships. Prior to copper, the ship’s hulls were shielded by brimstone, tar and pitch, and then covered with a thin outer layer of wood planking. However, deterioration of the ships’ hulls was so extensive, the Royal Navy began experimenting with alternatives.

Results quickly confirmed that cladding the bottom of their ships with copper was the most effective way to preserve the wooden ships. The copper helped prevent barnacles from attaching and allowed the navy to stay at sea for much longer without the need for cleaning and repairs to the hull. In addition, the copper increased boat speed and assisted in bullet-proofing, which further justified the purchase with the impending American Revolutionary War (1775-1783).

The Royal Navy set about coppering the bottoms of their entire fleet. By 1782, eighty-two capital ships had been copper sheathed, and Lord Sandwich, the First Lord of the Admiralty, was enthusiastic about the results, writing:

Over time, “Copper Bottom” became a term of endearment used to describe someone who is thoroughly reliable, trustworthy and certain not to fail, just like the ships it protected.

Copper Bottom Craft Distillery has embraced the Copper Bottom legacy and is committed to producing spirits that exemplify it. 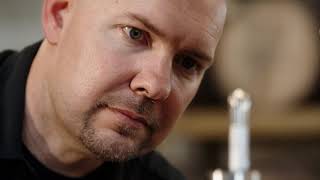 Look for the ad on the free Discovery Map® available in the Daytona Beach area or buy a map before you get there.