It’s all about the beach on the Outer Banks of North Carolina, also known as OBX. You’ll find some of the biggest and most pristine swathes of sandy beach along the 200-mile stretch of barrier islands that make up the Outer Banks. Stick your toes in the sand, sniff the salt air of the Atlantic, feel the ocean breeze on your face and sally forth to do whatever activity suits your fancy. You can embark upon a long walk, join in on some beach volleyball, play frisbee, paddleball and bocce ball, build a sandcastle or just loll on the warm sand and read a book or take a nap. Collecting shells and beach glass makes for a wondrous time for kids and adults because here the surf roils in so strong that it leaves the beaches clean from an excess of debris, both organic and manmade. Pristine indeed. 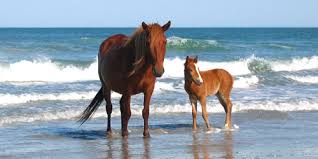 And whoa for the surf on the Outer Banks! With swells as big as eight-feet tall, no wonder it’s a surfer’s paradise. Grab hold of your kiddie’s hand before you venture in and look out for the undertow. Remember, too, to dive down into the wave before its force knocks you amok. And, of course, beware of the riptides!

So why do you think the Wright Brother’s picked this area to test their flying prowess? For the wind, of course. Choose between the Atlantic Ocean side and Pamlico Sound (on the western side of OBX) to set sail. It’s the windsurfing and kiteboarding capital of the East Coast and you can find lots of suppliers to hook you up with lessons and gear. As for America’s first flight, visit and walk the grounds of the Wright Brothers National Memorial in Kitty Hawk; there you can trek to a beacon that marks the distance of their first ascent.

The marshlands off the sounds on the western side of the Outer Banks provide a fertile habitat for birds of all kinds of a feather. Embark upon a nature walk, either on your own or organized by an outdoor adventure specialist such as Corolla Outback Adventures or Back Country Safari Tours offering tours in 4-wheel drive vehicles. For SUP and kayak rentals as well as a fleet of other adventure possibilities, check out the offerings at Coastal Explorations in Corolla or Coastal Kayak Touring Company in Duck. 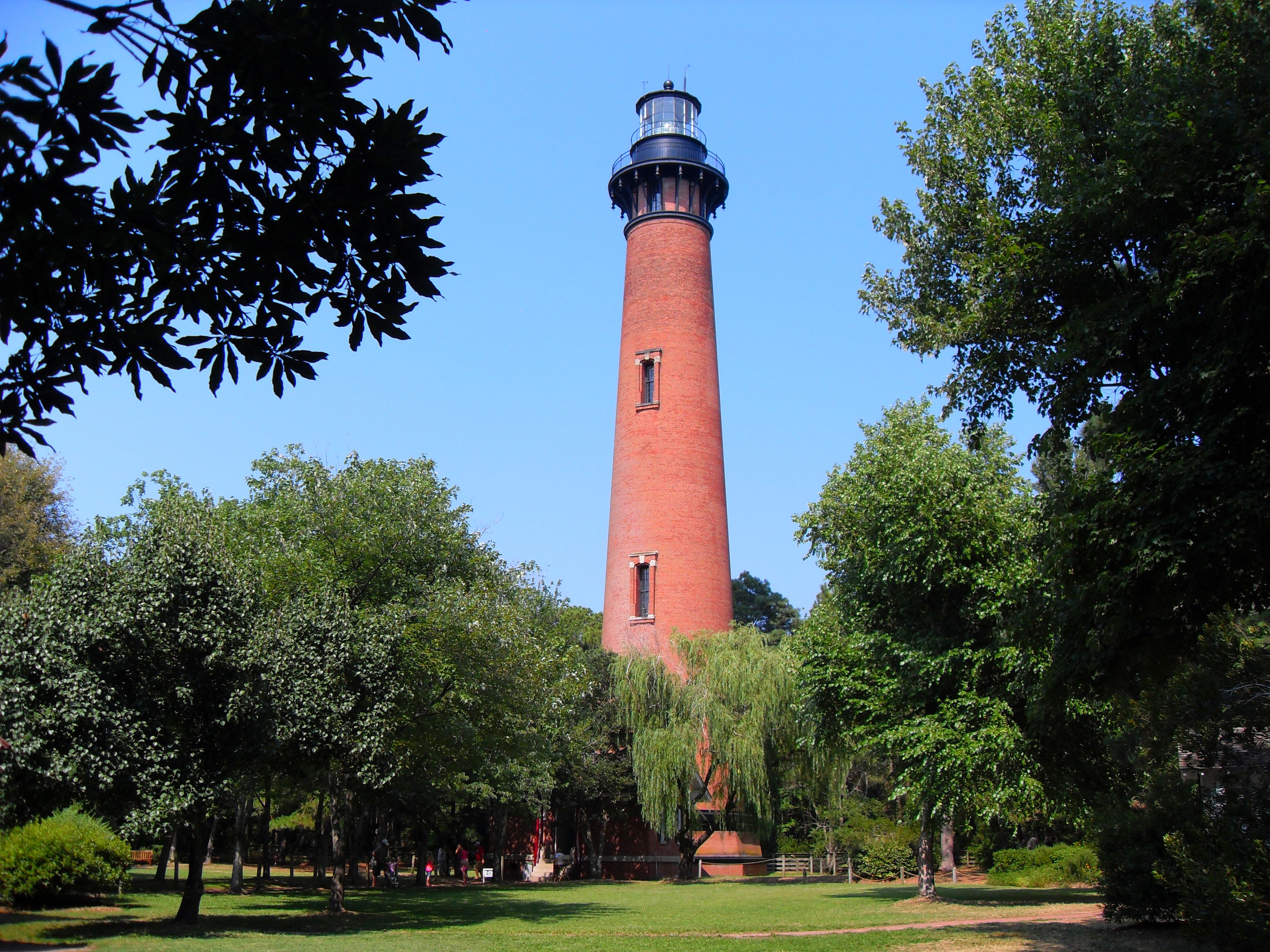 Plan an excursion to Hatteras, Corolla, Ocracoke and Bodie Island to visit some of the oldest and most historic lighthouses in America. They’re a distance down the Outer Banks, but they’re well worth the trip. Beautiful.

There’s a lot of history in these parts and you can trace some of the more fascinating aspects of life on this rugged land and sea at Whalehead as well as at the Wild Horse Fund Museum, also in Corolla. To view many of the most spectacular and historic oceanfront homes, stroll along the beach at Old Nags Head. (Don’t you love that name? Of course there’s a story behind that, too.)

For fishing–either surf (as in on the beach) or deep sea–you’ll find a variety of suppliers that can outfit you with gear, excursions and boat rentals. Maybe you just want to take a boat out to cruise around the sound. If you head there, bring a bucket to round up some shellfish at low tide.

Depending on where you’re staying–hopefully in a cheery beach box rental or in a lovely hotel such as the Inn at Corolla Light–you may be able to experience sunrise and sunset in the same day. OBX makes up a string of narrow barrier islands that allow you to watch the sun rise on the Atlantic and the sun set over the sounds. Sweet!

One last must: Take a stroll out onto either Avalon Pier in Kill Devil Hills or Jennette’s Pier in Nags Head, two of the few remaining piers that haven’t been taken out by nor’easters or hurricanes. Both offer a gale-full of fresh air and fun that can be enjoyed by young and old.

Back to Things to Do Page
Back to Outer Banks Page